Effects of Binge Drinking on the Brain 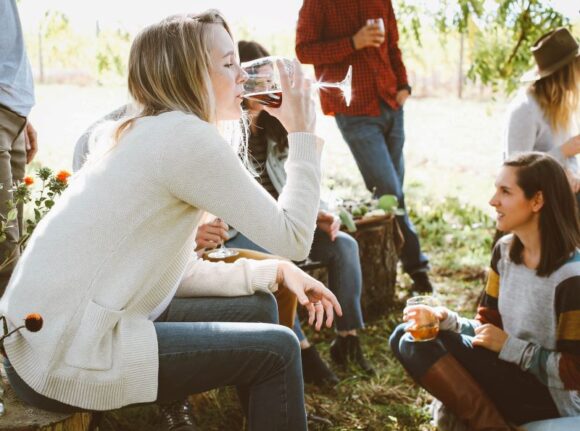 Summer is here, parties are happening, and alcohol consumption will increase.  This is a good time of year to dive deeper into the effects of binge drinking on the brain and development.

You have surely heard that abusing alcohol hurts your health. But how many years of drinking do you think it takes to visibly affect your brain? Ten years? Twenty?

Turns out that it doesn’t take that long at all—in fact, scientists can already see changes in the brains of teenagers who drink.

In a research study, Professor Susan Tapert of the University of California at San Diego used an MRI to scan the brains of teens who binge drink—defined as drinking 4 or 5 (or more) drinks in a couple of hours. Dr. Tapert found that the “white matter” in their brains—the part that transmits signals, like a TV cable or a computer USB cord—was abnormal compared with the white matter of teens who don’t binge drink. Transmitting signals is a big part of what the brain does, so affecting the white matter in this way could also affect a person’s thinking, learning, and memory.

The really scary part is that these teens weren’t alcoholics, and they didn’t drink every day. All they did (to be considered “binge drinkers”) was drink at least four (for women) or five (for men) drinks in one sitting, at least one time during the previous three months.

How could it be possible for just a few sessions of heavy drinking to affect the white matter of the brain? Well, science has shown that alcohol can poison brain cells and alter the brain’s white matter in adult alcoholics. Dr. Tapert thinks that teenagers’ brains are even more susceptible this way. She says, “because the brain is still developing during adolescence, there has been concern that it may be more vulnerable to high doses of alcohol.”

The bottom line? If you’re a teen, drinking to the point of getting drunk could damage the white matter of your brain—even if you do it only once in a while.

Tips for parents about how to talk to your kids about alcohol, and info on our survey results available at www.lysb.org/prevention.